Some of the R packages i’ve written are listed below:

I create, design, and maintain docker images which have an interactive environment as a front end (Jupyter or RStudio). This is part of my work in scalable cloud computing.

Some of the images I produce are listed here. These are production level docker images that serve multiple purposes, from usage on local machines, cloud services, and HPC systems. I’ve removed legacy images that I don’t maintain anymore. Please note that this is not an exhaustive list.

Python is my favorite language along with R. I implement many infrastructure related scripts in Python, which unfortunately do not make “package” format.

Overall Github contribution up to June 2020 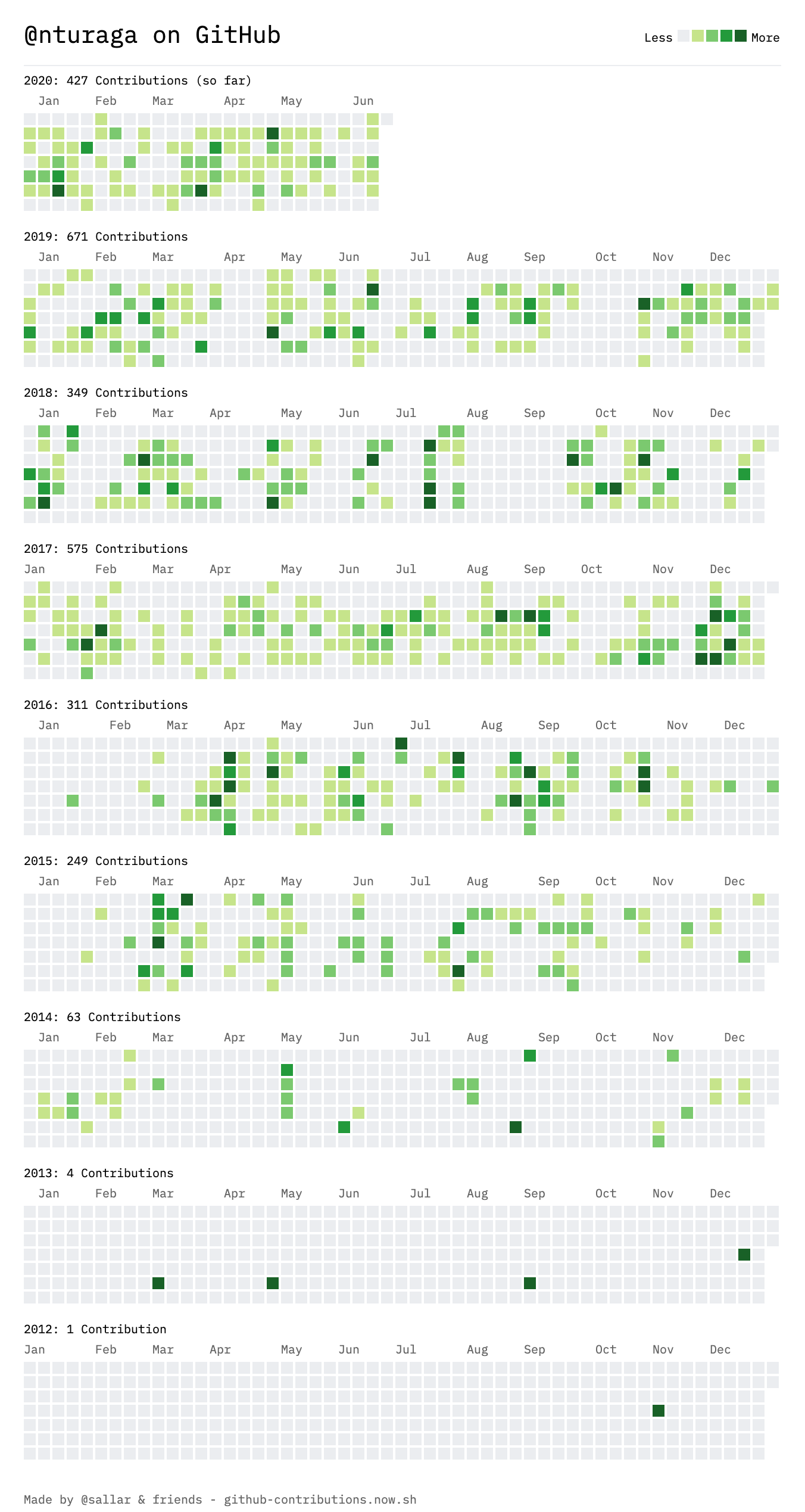